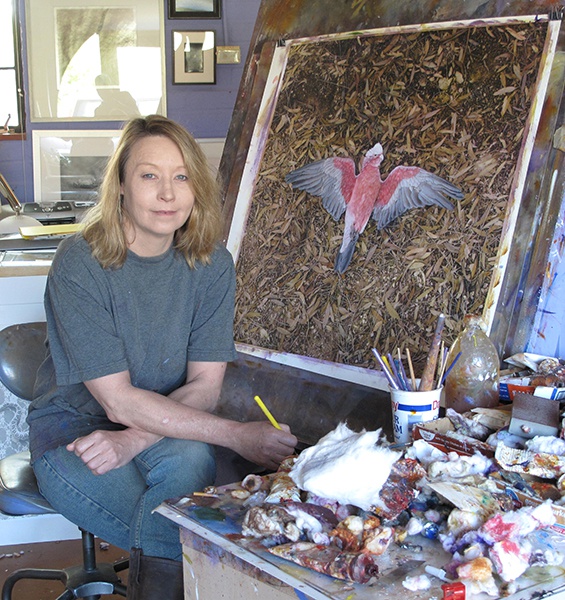 Kate Breakey is internationally known for her large-scale, richly hand-colored photographs including her acclaimed series of luminous portraits of birds, flowers and animals in a series called Small Deaths published in 2001 by University of Texas Press. Her other monographs include, Painted Light, University of Texas in 2010, a career retrospective that encompasses a quarter century of prolific image making.

Her collection of photograms, entitled 'Las Sombras / The shadows' was published by University of Texas Press in October 2012. This series is a continuation of her lifetime investigation of the natural world which in her own words is ‘brimming with fantastic mysterious beautiful things.

Since 1980 her work has appeared in more than 110 one-person exhibitions and in over 60 group exhibitions . A native of South Australia, Kate moved to Austin, Texas in 1988. She completed a Master of Fine Art degree at the University of Texas in 1991 where she also taught photography in the Department of Art and Art History until 1997. Her collections include the Houston Museum of Fine Arts, the Center for Creative Photography, Tucson, The Australian National Gallery and the San Diego Museum of Photographic Arts, as well as various private collections.